How To Nail The Ironman Marathon

The marathon is where Ironman dreams die. It is very difficult to run a strong marathon after riding hard 180Km. In fact, it is seldom done. Consider the following example. At the 2008 Ironman Arizona, the fastest bike split was 4:26:12, and the 50th-fastest bike split was 4:55:24—29 minutes and 12 seconds, or 10.9 percent, slower. Compare this gap to the corresponding gap in the run. The fastest run split was 2:46:38, and the 50th-fastest run split was 3:20:22—33 minutes and 44 seconds, or a full 20 percent, slower. As you can see, in the bike leg, the top 50 performers were bunched close together, whereas in the run they were spread out. This pattern is apparent in every Ironman. There are three possible explanations for this pattern:

2. Most triathletes go too hard on the bike in Ironman races and do not save enough energy for the run.
This explanation seems much more plausible than the first, but there is actually no good evidence that those athletes who produce the fastest run times in Ironman races hold back more on the bike than their fellow competitors. In fact, contrary to popular belief, elite Ironman triathletes really don’t hold back at all on the bike. If riding at 80 or 90 percent of capacity (relative to the distance of 180Km) were normal and necessary at the elite level of Ironman racing, then you would see at least one clown fly off the front and complete the bike leg 10 or 20 percent faster than the real contenders (which would translate to 30 to 60 minutes). Even if it were suicidal, people would still do it for a moment of glory. It’s human nature. But this never happens. Why? Because elite triathletes actually ride the Ironman bike leg at something closer to 98 percent of their maximum capacity (meaning they would ride only five to 10 minutes faster in a pure 180Km time trial).

Pacing is important, of course, but people don’t realise how great a difference there is between 98 percent and 100 percent efforts. To gain a better appreciation for the difference, go to the track and run 10K (25 laps) 2 percent slower than your 10K race pace. So, if your 10K time is 40:00, run a 40:48. I guarantee you will feel about 10 or 20 percent less miserable in the last lap at the slightly slower pace, which is why many elite Ironman racers think they are holding back 10 or 20 percent on the bike in competition when they are actually holding back 2 percent.

Riding too hard can affect subsequent run performance, but fitness trumps pacing. The less fit you are, the less your run will benefit from holding back on the bike. You could go 95, 90 or 85 percent on the bike and be shot for the marathon in any case. And the fitter you are, the less pacing matters. Craig Alexander would not run a 2:35 marathon in Hawaii instead of a 2:45 if he rode the bike leg in 4:55 instead of 4:37.
This observation leads us to the third and true explanation of the marathon meltdown phenomenon.

3. Most triathletes just aren’t well-trained enough to run a good Ironman marathon.
You start the run fatigued no matter how you pace yourself on the bike. Those who hold it together and run well simply have better Ironman-specific fitness, which enables them to run closer to their ability level despite fatigue.

With this explanation in mind, use the following tips to avoid the all-too-common scenario of running poorly in the Ironman marathon.

Get Strong on the Bike:
The inaugural Ironman Wisconsin, held in 2002, featured a novelty. A couple of elite Kenyan runners did the race. I’m talking about sub-2:15 marathoners. The story was that some coach had recruited these guys as a sort of an experiment. Anyway, not only did the poor guinea pigs get crushed on the swim and the bike, but they also ran terribly. This unique example demonstrates that the first key to running strong in an Ironman is not pure running ability but strength on the bike.

It makes sense, right? Your bike fitness has to be at such a level that you can ride hard for 180Km and still have something left for the marathon. All of the running fitness in the world won’t help you otherwise. How do you get that strong on the bike? The short answer is by putting in a ton of volume. But most of us don’t have enough time to put in the optimal number of bike miles. So then, what is the least you can do to build enough bike fitness so that 180Km is no big deal?
Aim to complete four independent 160Km rides, one pair of back-to-back four-hour rides, and one all-day ride (about eight hours as slow as you need to go to survive it). All of these rides should occur within the last 10 weeks before your taper, and obviously in the preceding weeks you should gradually build your long-ride distance toward the 160km level. 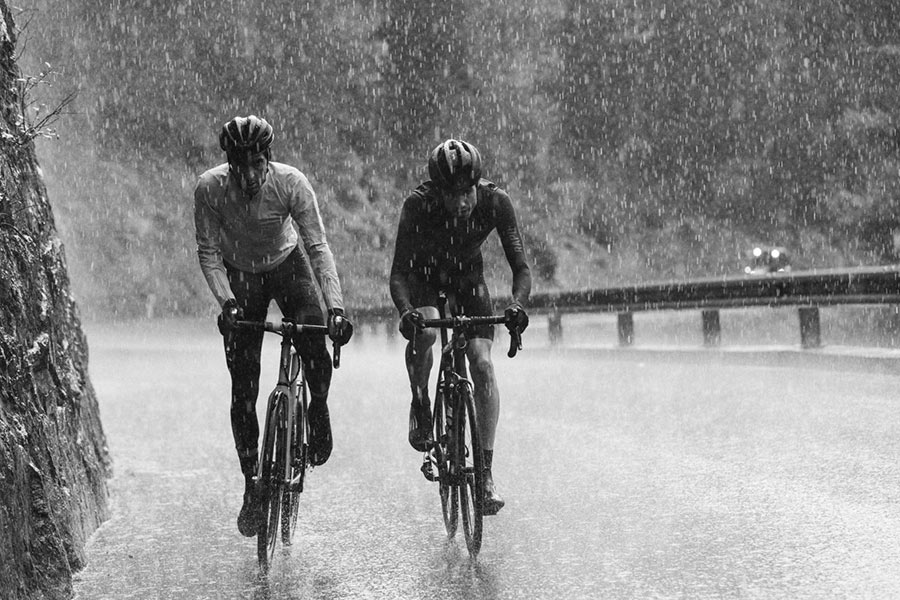 Do Frequent Transition Runs:
In Ironman training, a 2km run immediately after riding is probably worth 7-8km run on fresh legs. Running off the bike in training prepares you specifically to run off the bike in an Ironman. I believe that doing short runs frequently off the bike in training is more beneficial than doing occasional longer runs off the bike, because it’s really the transition from cycling to running that you are trying to train. If you can start running strong off the bike, chances are you will continue running strong. And the converse is also true. Unlike in regular marathons, Ironman marathons usually don’t turn ugly at 32Km.  They start ugly.

A second advantage of this approach—the first advantage being its effectiveness—is that it is not terribly stressful. If you ride four times a week, you are looking at a maximum of 12km of transition running, with Eight of those kilometres at threshold intensity. Those few kilometres will do you far more good than they would if incorporated into your training in any other way.

The problem is that fatigue from cycling transfers all too well to running, and vice versa, such that doing two hard rides and two hard runs weekly is almost tantamount to a pure runner doing four hard runs every week. Fatigue will accumulate, and performance in all of those hard workouts will be compromised.

Even for those few athletes who hold it together, the Ironman marathon is run at a relatively low intensity—about 60 percent of VO2max. While faster runs could theoretically stimulate improvements in aerobic capacity and efficiency that would enhance performance in the low-intensity Ironman marathon, these theoretical benefits are outweighed by the fatigue cost that would come with trying to combine high-intensity run training with high-intensity bike work.

I believe that Ironman triathletes are better off committing themselves to either one or the other, and specifically to high-intensity bike training. Doing two hard rides per week in addition to a long ride will make you that much stronger on the bike and that much more likely to have enough legs left at the start of the marathon to hold goal pace—which, again, is not a particularly fast pace for any triathlete ... all the way to the finish. And keep in mind that, just as fatigue crosses over between cycling and running, so does fitness, albeit to a lesser degree. So you can count on those hard rides to also elevate your running a bit.

I am not suggesting that you avoid fast running altogether, but I am suggesting that you strictly limit it. In addition to the threshold-pace transition runs I described above, you may also do some fartlek runs with 30- to 60-second spurts of 5Km to 3Km race pace running scattered throughout an otherwise steady, moderate-pace run, some very short (eight to 10-second) hill sprints after you’ve completed one of your weekly easy runs, and progressions, consisting of one to three miles of running at marathon to 10Km pace at the end of a base run or long run. That should do it.

As I suggested above, doing frequent, short transition runs off the bike will prepare you to start your Ironman marathon strong, and when you start the marathon strong, you have a good chance of finishing it strong. However, a two- or four-Km transition run does not fully prepare the body for the stress of running an entire marathon after a long, hard ride. Nothing does, actually, but a long bike-run brick workout will help.

Four to five weeks before you race an Ironman, do what I call a metric Ironman. As you know, an Ironman features a 112-mile bike leg and a 26.2-mile run. A metric Ironman workout consists of a 112K (69.6-mile) bike leg and a 26K (16.1-mile) run. That’s about two-thirds of what you will have to do on race day, which is about perfect in terms of simulating the Ironman challenge without overtaxing your body. Perform both the bike and the run at close to Ironman race intensity. You can even start with a 2.4Km (1.5-mile]) swim if you like.

Running a marathon off the bike will neither seem nor be quite as hard once you’ve gotten this metric Ironman workout under your belt.


Don’t Banquet on the Bike:
Many Ironman marathons are ruined by nutritional issues, and nine times out of 10 the specific nutritional issue is consuming too much rather than too little. Triathletes very often overestimate both the amount of nutrition they need to get through an Ironman and the amount their bodies can actually absorb and use.

The rub is that the body can absorb a lot more fluid and carbohydrate during cycling than during running due to the stomach jostling involved in the latter. So what happens is that competitors take in as much nutrition as their bodies can handle on the bike, then hop off and start running only to be hit with nausea, bloating and worse. So be careful not to overdo your nutrition intake in the last hour of the bike leg so your gastrointestinal system won’t declare mutiny at the start of that all-important marathon.